I need to vent. Trigger Warning: This blog may not be as well-written as others on this site. I’m pretty pissed. Here goes: 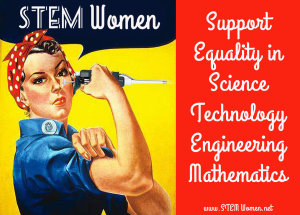 Three and a half years ago, I quit my job. I quit for many reasons: I’d been mysteriously ill for a few months. I was tired of driving 85 miles a day to work when gas cost almost $5/gal. I didn’t feel that I could work in good conscience for the oil industry. I thought the stress was getting to me. I left a job that paid me six figures ultimately, however, because of sexism. I worked with men who continually questioned my abilities. Not the men whose computers I fixed, but the men on the IT team. The guys whose computers I fixed were awesome. They loved that I could walk into their offices and make their malfunctioning computers work again. But the guys on my team? 75% of them didn’t believe I could do my job.

Before working at the refinery,  I managed the network at a private school. I maintained over 300 computers and a 6 server network for eight years. I also taught the teachers how to use technology in their classrooms. My network never crashed. Teachers who hated technology initially, came to love to use it with their students. For five of those years I worked for a woman who believed in me. She knew I could do my job and left me to it. I loved going to work. And then she left and a man took her place. In three years he completely dismantled everything we’d built in the tech department (and in the school at large, but that’s another story). He undermined me at every turn. He relied on parent volunteers to run the tech department, and he chose to listen to parents instead of the person (me) who knew the network. In short, he refused to believe that I, a woman, was capable of running the school computer program and he certainly did not want to pay me to do it.

Tech has a woman problem. I walked away because I was sick to death of being second guessed, undermined, and mansplained. For years I thought I couldn’t hack it, wasn’t tough enough, didn’t know my stuff. I know better now. I know that I’m capable and knowledgable, and I am certain I can fix your computer. And even though I’ve left gainful employment to go back to school in a completely unrelated field, I still loved

tech and computers. I really loved helping people learn how to use their computers. And, even if they didn’t want to learn, I believed they deserved someone who could assist them without demeaning them. I decided to go into business for myself when, one afternoon, I was in the local Mac store and watched as a technician completely bullshitted an elderly woman about what was wrong with her computer. Rather than taking the time to fully explain the issue and how it could be fixed, he demeaned her, lied to her, and totally took the easy way out. He hid behind obfuscation and arrogance. He intimidated her. He did not help her. She didn’t deserve his treatment. She deserved respect, and more importantly, the help she had paid for. I resolved to work for people like her.

While I returned to school to retrain as a mental health counselor, I decided to work as much as I could as a tech therapist, someone who could help folks with their computers, smart phones, printers, networks (wifi), tablets, and even televisions. I would charge a decent price, come to their homes, and demystify technology for those who were afraid as well as for those who just didn’t give a rat’s ass as long as it worked. My motto is “no more rude nerds,” and my mission is to save the digital immigrants from the digital natives.

My mission was confirmed twice today. First, I had a meeting with clients who wanted to know why their iMac wasn’t working so well, and later I had an appointment with a client who had to buy a new computer because her old computer was, well, old, and her hard drive was failing. The first couple’s son-in-law had upgraded their 5-year-old computer to the latest OS over the thanksgiving holiday. He didn’t think. They have only 4GB of RAM. Their computer is old. It’s slow. It needs some help. It shouldn’t have been upgraded, but now that it is, it needs more RAM. We figured out how to get their pics off their iPhone and their camera’s SD card. They were happy. I enjoyed helping them. No one felt insulted or demeaned.

My next client had called her “tech guy” three times before she called me. He’s worked for her for six years, but didn’t answer her recent emergency calls. Her hard drive was failing. Her wifi needed rebooting. Her new OS was too much for her old computer. We talked about options—I could replace her hard drive. But the computer was old. Other parts would fail soon. The apps wouldn’t work well with the new OS; eventually she wouldn’t be able to use her browser or her Office suite. She decided to get a new computer. We chose the bigger hard driver over the faster hard drive. Programs will only get bigger. Pictures will continue to take up a ton of space. She’s not gaming or watching videos. A faster hard drive won’t make a big difference in her quality of life. The cost was the same either way. But there were somethings I didn’t know about her set up (like why she had two iTunes accounts or where her offsite back up resided), so she called her original IT guy. When he called back, he berated her for buying the new computer and for not getting the solid-state drive. He then mansplained at me for not seeming to fully understand iCloud. She didn’t deserve that treatment. I didn’t deserve that treatment. No one deserves that treatment.

Tech has a woman problem. I want to fix that. Let me fix your computer today. I’ll fix your psyche, tomorrow.

9 thoughts on “No More Rude Nerds: It’s Time for Some Tech Therapy”